Some 10,000 people flocked to the Co. Down town on Saturday to enjoy an epic day of celebrations and publicly show their support and appreciation for service personnel, their families, cadets and veterans.

High praise has been heaped on Armagh City, Banbridge and Craigavon Borough Council for leading the region in hosting this year’s Armed Forces Day celebrations and putting on a magnificent military and musical spectacular. The live entertainment, aerial and ground displays and fun-filled activities surpassed all expectations.

Joint Military Commander Northern Ireland, Brigadier James Senior CBE, thanked the council and local community, saying: “On behalf of all Armed Forces personnel who are fortunate to serve in Northern Ireland, I would like to thank the councillors, the officers and staff of Armagh City, Banbridge and Craigavon Borough Council, and also the community for coming out today and showing their support for our Armed Forces. It was a great honour for us to show you a little of what we do, and to meet so many of the people we are so proud to serve.”

“It was a great day with a great atmosphere. As a town and borough with strong military connections, I’m delighted that we were able to honour our Armed Forces and veterans for their service and sacrifice during this special Platinum Jubilee year.

We admire all they do to defend our nation, and are full of admiration for the discipline and bravery they demonstrate while serving their country with great distinction at home and overseas.

It’s been a pleasure to work with the Navy, Army, Royal Air Force and the Reserve Forces and Cadet Association for Northern Ireland in bringing this flagship event to Banbridge.”

By hosting Armed Forces Day, the council has strengthened the borough’s tourism appeal and enhanced its reputation as a culturally rich area that boasts an unrivalled events programme.

Attracting a number of high profile guests, the event began with a Drumhead Service at Banbridge War Memorial followed by a parade of 500 service members, veterans, cadets and military bands. Two Irish Wolfhounds and regimental mascots for the Royal Irish Regiment and the Irish Guards proudly led the parade to Banbridge Rugby Club.

The world-famous Red Arrows got the celebrations off to a rousing start with a flypast over Banbridge. It was a day packed with highlights including two rousing sets by the hugely popular Red Hot Chilli Pipers, thrilling aerial action by the RLC Silver Stars parachute display team, music by Jack Devlin Band and The Soda Popz 50s/60s band supported by Ballroom Blitz NI.

The event ended on a high with a fantastic Beating Retreat finale by the Band of the Royal Irish Regiment accompanied by the bugles, drums and pipes of the 2nd Battalion Royal Irish.

The gallery above showcases how memorable the day was. 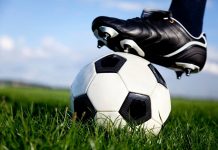 Thousands of footballers on route to our borough for the Craigavon Cup! 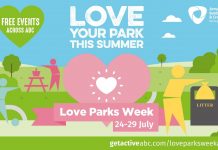 Thousands of footballers on route to our borough for the Craigavon...

Local Businesses Urged to Apply for Queen’s Awards for Enterprise