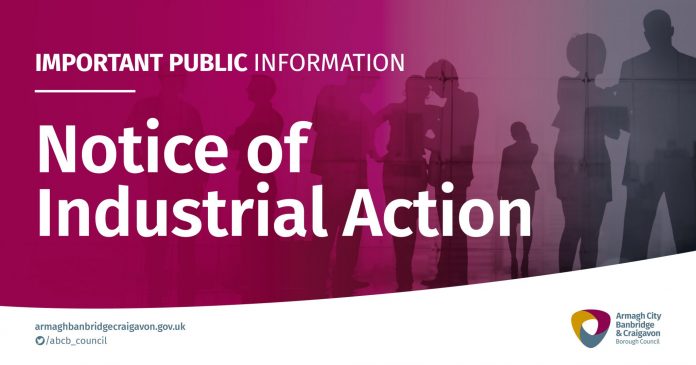 Armagh City, Banbridge and Craigavon Borough Council is urging Trade Unions and staff to reconsider their position before entering into strike action on Monday 15 August, after the latest round of talks failed on Wednesday 10 August.

Pay scales for all councils are negotiated and set nationally through the National Joint Council (NJC) for Local Government. This year’s pay offer means an increase of £1,925 for every employee in the council. As well as an extra day’s annual leave.

This is an average increase of over 7% for staff and for some on the lowest grades it is over 10% and this will be paid by the council. This year and going forward the council will need to find £3.2 million to meet this increased pay bill.

Negotiations from the Joint Trade Union Side (JTUs), representing NIPSA, GMB and Unite the Union, hinge on an additional payment.   JTUs are asking for staff to also move up 2 points on the pay scale. This would mean an average increase of £437 this year for staff between Scales 1 to 6, the lowest grades in the council.

If the council were to agree to pay the extra grades, it would need to find an additional £2.2million over the next two years, as this would become a recurrent cost that must be met each year going forward. Council would need to find a way of ensuring this money is there in the future, which could mean an increase in rates, increased charges for facilities and services, or by cutting back on programmes and activities.

For that reason, and because the current cost of living crisis is creating immediate issues for staff, the council offered a one-off in year payment of £1,400 to staff in two £700 instalments.  Taking the example above, the lowest paid staff would have received an additional in-year sum of £1,400 (pro rata) rather than £437.

Staff on the lowest grades would have received 17% more this year than last year.

“Council has made a substantial offer to the Trade Unions that would see a payment of £1400 spread across two £700 payments for all employees, to provide immediate financial relief to staff dealing with cost of living pressures right now, at a cost to council of £2.3m.

“This offer combined with the national pay award of £1925 would have meant an additional £3,325 of payments to each employee (pro rata) during 2022/23, with a further commitment to a pay and grading review. In real terms staff on lower scale incomes would receive up to a 17.6%, significantly more than the offer sought”.

The council position is that the offer proposed meets and exceeds the objective being asked by the Trade Unions, to help staff with the current cost of living crisis.  The demand of the JTUs on salary scale incremental rises, will only provide a relatively small monthly increase to most people to deal with what is an immediate pressure.

“Council is also aware that Union members were not consulted on the offer prior to the Trade Unions rejection, and those who did vote for strike action, did so before this offer was made.

“The current national pay offer of £1,925 for each employee represents a pressure of approximately £3.2million on council budgets for this year and will need to be found each year going forward.  Any additional incremental pay increase asked for by Trade Unions will increase this figure substantially.  Council must be mindful of the need to manage the rates burden being placed on households and businesses in what are already difficult times.”

Monday will see the most severe impact to services and facilities across the borough with all three Trade Unions (NIPSA, GMB, and Unite the Union) taking formal strike action, however the council remains fully committed to finding the right solution through on-going discussions, one that protects services and employment.

The council will seek to minimise the impact caused, and will endeavour to keep the public informed of service disruptions throughout the period of industrial action via its website: www.armaghbanbridgecraigavon.gov.uk/servicedisruption, on Facebook and Twitter. 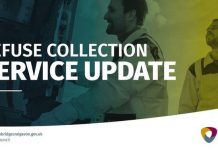 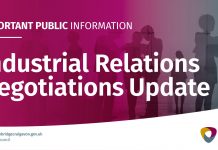 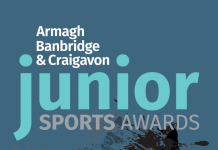