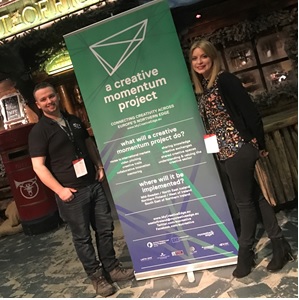 For one week in Rovaniemi, inside the Arctic Circle, local businesses got to network, exhibit and attend events with Finnish and international designers, bringing together their creative expertise from Arctic regions and further afield.

“These businesses are out there on a global platform,” commented Colin McCusker, Chair of Economic Development and Regeneration Committee, “networking with other creative professionals at an international level, exploring potential transnational future partnerships and collaboration. This experience can only lead to increased turnover and new jobs. What an opportunity”.

Representing Armagh City, Banbridge and Craigavon Borough were graphic designers Shaun Byrne from Design Stics, Banbridge and Laura McFarland from Paper Harmonic, Portadown. Laura outlined the benefits of the festival, “We got to showcase and discuss our work while developing a deeper understanding of the value of design in business. All this while networking transnationally and addressing living and working in a way that addresses sustainability through design”.

All participating Northern Ireland businesses were exposed to international best practice which will in turn help generate new export and business development opportunities.

The six attendees represent the SEED region of Northern Ireland made up of Armagh City, Banbridge and Craigavon Borough Council, Ards and North Down Borough Council and Newry Mourne & Down District Council. Other companies supported through the Creative Momentum project include those from the EU regions of Northern Ireland, Sweden, Iceland and the Republic of Ireland with funding from the EU Northern Periphery and Arctic Regions Programme. 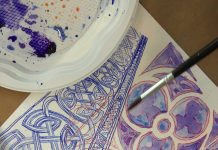 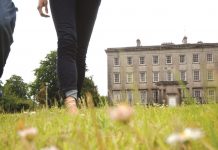 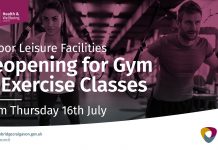