The streets of Banbridge will be bustling on Saturday 25 June when BuskFest returns for a fantastic 13th year bigger and better than ever! Over 100 acts already signed up to battle it out to see who is crowned Buskfest champion 2016.

A great afternoon is guaranteed for all as performers of all ages and genres take to the streets of Banbridge Town Centre from 1pm – 4.30pm with free face painting and balloon modelling adding to the carnival atmosphere.

As well as receiving a whopping cash prize the overall winner will also land a prime slot at Sunflowerfest which takes place at Tubby’s Farm, Hillsborough from 5 – 7 August plus has the opportunity to record a live acoustic video produced by The Garage Project.

Food Lovers will also be in for a tasty treat during BuskFest as Solitude Park also dishes up an Artisan Food Market from 11am – 6pm. The Celebrating Local Market, in partnership with the Food Heartland and NI Year of Food and Drink will showcase the best of the Borough’s local produce as well as some delicious delicacies from further afield.

Buskfest 2015 overall winner, David Goodwin has had a fantastic year musically since picking up the big prize at last year’s competition. Here he offers his top tips for those looking to following in his footsteps.

1. Don’t think about it, just register, sometimes you just have to make that leap of faith, you’ll not regret it.

2. Get into the habit of playing everyday, as the saying goes practice makes perfect.

3. Be confident in your own ability, a positive attitude towards your talent shines through in your performance.

4. On the day be prepared for all weathers bring sun cream and a coat. It’s Northern Ireland after all.

5. Most of all have fun and enjoy yourself, if people see you having a good time, they’ll have a good time!

Registration is can be made online at www.buskfest.com until 2pm on Friday 24 June and can also be made in person on the day of the event at the Old Town Hall, Scarva Street, Banbridge from 9.30am – 11.30am. 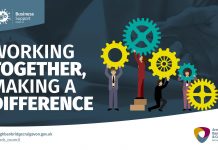 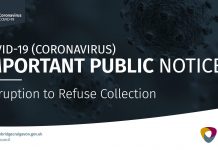 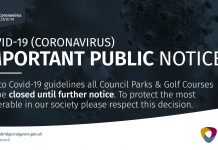