The Lord Mayor of Armagh City, Banbridge and Craigavon, Councillor Mealla Campbell had the pleasure of hosting the presentation of the Queen’s Award for Voluntary Service to Oasis Youth – Intercultural Programme and Richmount Rural Community Association, which was conducted by The Lord Lieutenant of County Armagh, The Right Hon. The Earl of Caledon KVCO.

The award ceremony was attended by a number of dignitaries including The Lord Lieutenant of County Armagh, The Right Honourable The Earl of Caledon, Deputy Lieutenants, Members of Council and representatives from the voluntary groups.

The Queen’s Award for voluntary service is the highest award presented to local volunteer groups across the UK to recognise outstanding work done in their communities.  It was created in 2002 as part of the celebrations for the Queen’s Golden Jubilee and was first known as the Queen’s Golden Jubilee Award, now known as the Queen’s Award for Voluntary Service, it is the highest decoration granted to volunteer groups and as a national honour is the equivalent in rank to that of an MBE.

Richmount Rural Community Association is a rural community group formed in 2006. It is run by and for everyone living within the area. Coping with very diverse needs, the group works hard to promote understanding, acceptance and friendship across the religious divide, and to build good relations and community spirit between the local population of mostly farming folk, many of whom are elderly and a growing migrant population, many with young families, who have come to work in local industry.

Oasis Youth – Intercultural Programme was formed in 2010 with services to support members of new communities and was created to assist the integration of young people from diverse ethnic cultures and communities. Oasis provides a wide range of services for children and young people and channels them through personal development, health and wellbeing initiatives and cross community projects aimed at tackling isolation and social exclusion.

Lord Caledon commented, “These two outstanding groups represent the very highest standards in voluntary work, dedication to others, and selfless commitment to the community.  Volunteers and Voluntary Services form the backbone of our province – and I should like to express my gratitude to them for their considerable achievements and for the valuable work they continue to carry out”.

Lord Mayor Mealla Campbell commented, “Armagh City, Banbridge and Craigavon Borough Council is delighted to be associated with this celebration, I would like to thank Lord Caledon for allowing us to be part of such an auspicious occasion.  We are very proud to have two groups from County Armagh being recognised for their amazing work at the highest possible level and I am delighted to congratulate the groups on behalf of all of our citizens”. 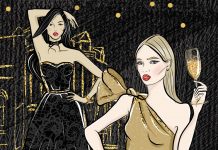 Fashion & Fizz: Open Call to retail businesses across the borough 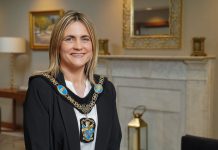 Dog Owners Urged To Control Their Dogs Around Livestock