Armagh City, Banbridge and Craigavon’s key industrial zones contribute £2.7bn towards Northern Ireland’s Gross Value Added (GVA), it was announced at the launch of the Council’s Economic Infrastructure Strategy and Action Plan at the Palace Demesne in Armagh.

The announcement was made at the unveiling of Armagh City, Banbridge and Craigavon Borough Council’s Economic Infrastructure Strategy and Action Plan for the Borough’s key employment locations. The report highlights the area’s economic strengths, setting out a plan to maximise its assets, including land and infrastructure development, which Council sees as key to achieving its economic growth ambitions.

With a strong manufacturing and industrial base and a broad range of industrial sites available throughout the Borough (including industrial estates, brownfield sites and business parks), the region has huge potential for development to attract investment and create employment.

The key employment zones and retail clusters identified in the Economic Infrastructure Strategy are home to industrial, enterprise and retail businesses across the Borough. The Action Plan outlines a series of actions to make the most of the economic contribution of these significant locations, including key industrial sites such as Carn, Seagoe and Charlestown Road which are home to many of Northern Ireland’s key employers such as Moy Park, Almac, Thompson Aero Seating and Hyster-Yale.

Armagh City, Banbridge and Craigavon Borough is home to a vibrant economy and growing commercial sector which has more than 8,300 businesses. With an annual contribution of £3.6bn the local economy accounts for almost 10% of Northern Ireland’s Gross Value Added (GVA).

Lord Mayor of Armagh City, Banbridge and Craigavon Councillor Julie Flaherty commented: “This report recognises the importance of our key employment areas in the Borough and sets out our ambitions for further growth. We want to make sure we are working with the business community to sustain their growth, and this strategy and action plan makes sure we are focussing our economic development activities in the areas where we can make the biggest difference.”

Speaking at the launch, Ethna McNamee Regional Manager, Invest NI added: “Invest NI is pleased to support this report and we look forward to working with Armagh City, Banbridge and Craigavon Borough Council to deliver the Action Plan. This Borough is a significant contributor to the region’s economy and has huge potential for further investment.”

Kevin Reid, Global VP Marketing, Almac Group said: “Almac’s global headquarters has been located in Craigavon since its formation 50 years ago and we are proud to have over 3,000 employees now based at this site in Seagoe. This report highlights the key economic strengths for the Borough and it is encouraging to see the Council making a targeted effort to focus on the areas that contribute most to the local economy.”

The Economic Infrastructure Strategy and Action Plan Report, which is a collaborative project with Invest NI, highlights a range of measures which will contribute to increasing opportunities for growth and investment, creating a strong and secure local economy in partnership with government agencies and the private sector to highlight the Borough’s strength as an investment location. 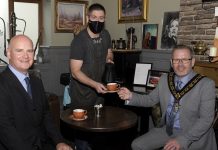 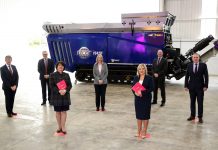 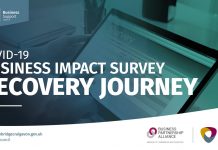